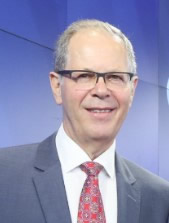 G. H. Financials would like to congratulate, founder, Gedon Hertshten on his elected appointment at the CME Group.

Gedon founded G. H. Financials Limited in the City of London in 1993 and he is the majority shareholder of the company.

Gedon began his career as a trader at the Chicago Board of Trade in 1978 and has been involved in the derivatives industry ever since.

He was a member of the LIFFE Board of Directors from May 1997 until December 2005 and sat on many key committees.

Gedon currently lives in Tel Aviv and will be moving to Chicago to fulfil his board commitment.

Our quarterly newsletter provides a detailed summary of the latest news and developments.